In the middle of the block, and just behind the house, is an extensive limestone ridge with small pockets of hydrophobic sand. As it was, back in 2013, nothing much grew there naturally apart from grass trees and various weeds. In most places digging down was not an option, so I decided to build up using the materials at hand - limestone. Here's one of the earliest limestone garden beds as it was constructed. 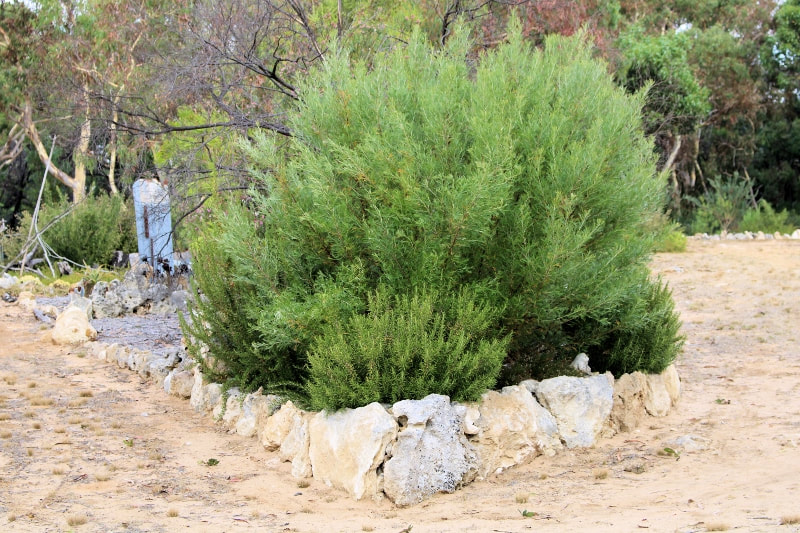 Grow your own Callistemon (Bottlebrush)

If you've ever seen a Callistemon that you loved or would just like to try something different, then collecting seed and growing your own plants is easy (and a fun thing to do with the kids). Here's how: 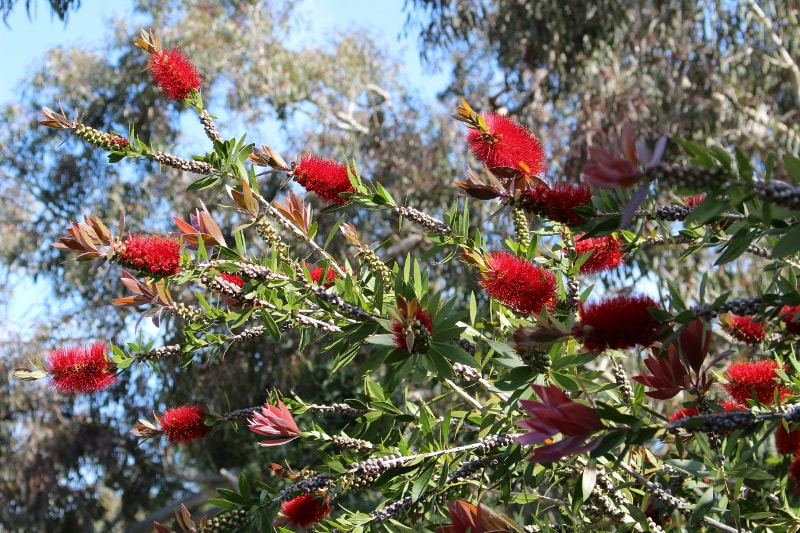 Feb 28th 2019
I've always bought tubestock for the block - a simple matter of economy. Starting at around the $3 mark tubestock in 70mm pots costs closer to $8 in 140mm pot. So if it's the wrong time of year to plant them out (when there's a sale on) or I don't think they're ready I up-pot and keep them in the shade-house.  The next consideration is availability. It's 300km round trip to the largest seller of tubestock - bit of a false economy unless one is headed there anyway. So to get my tubestock fix I turned to buying plants online.
I have bought plants from three online nurseries but the vast majority - hundreds - have been bought from Plant Inspirations. I subscribe to their newsletter so get notified when there's a sale on. I lost a few plants over summer, so that was a good reason to take advantage of the latest sale - 20 free plants (from a list) for every $29.95 plant pack purchased.
Here's what I ordered and what it cost: 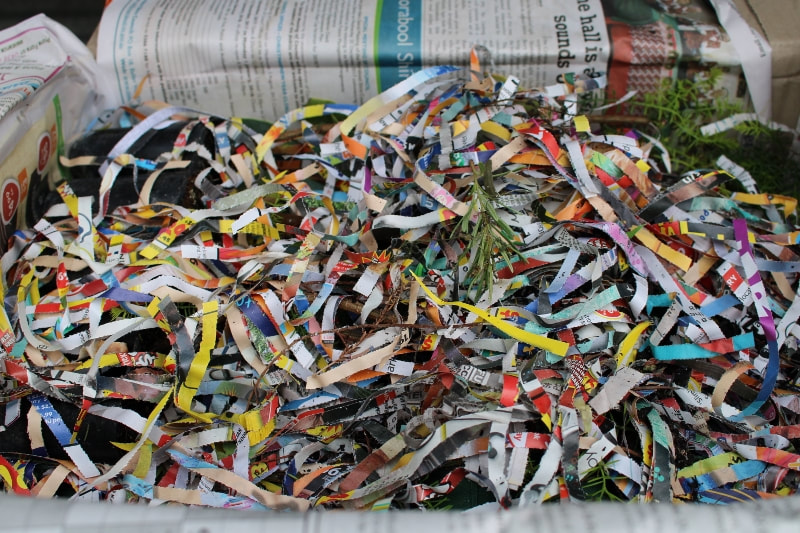 Because of the vagaries of our postal system it can take between 4 and 8 days for the plants to get here from Bacchus Marsh, Victoria. This is always the worrying part. Luckily this was a 4 day delivery, which was just as well, as the shredded newspaper was bone dry, despite my request that they be kept wet (there is often a garbage bag lining the box to facilitate this, but not this time).  Let's take some of that paper off and get to the top layer of plants. 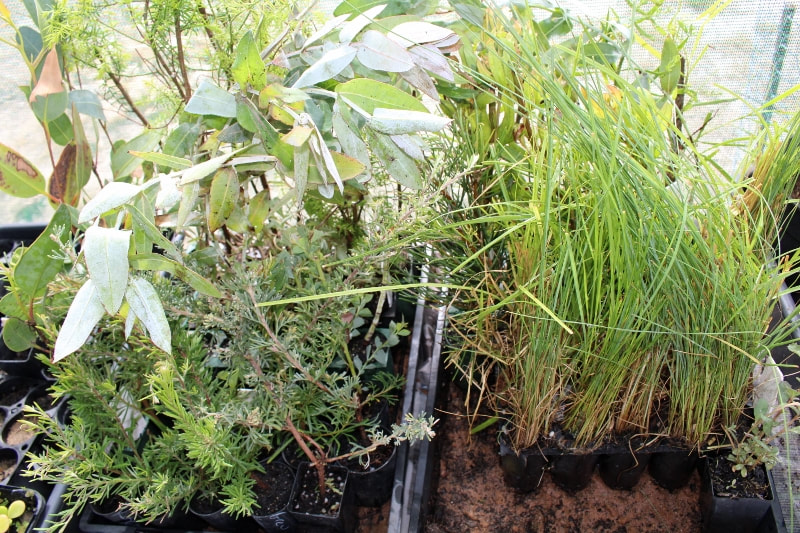 Most of the plants you'll see on the block have started off as tubestock. It is rewarding to watch them thrive, flower for the first time, and to see birds and bees making good use of them.  With a little money and a lot of love it's possible to have a mature native garden in just a few years. My tip, for buying plants from anywhere, do your research. Australian native doesn't mean it will grow anywhere in Australia. Check plant's sun/shade tolerance, water requirements, preferred soil type. It's easier and makes more sense to go with the flow and grow the plants that love your garden.

March 7th 2019
One week on - let's see how the plants are doing after their trip and re-potting:

You can see that the leaves of the E. Forrestiana - or Fuschia Gum - have died off. I am encouraged by the new tip growth (right) though - all 5 have this, even the plant with fractured stem. 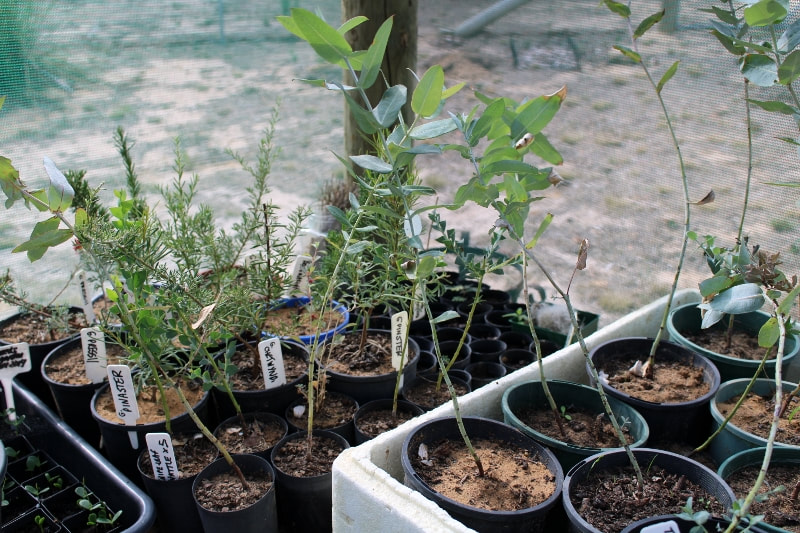 So overall about a 10% attrition rate. As to the why - don't know - all received equal treatment in re-potting and individualised watering. Let's hope this means the remainder will be tough and thrive once they are in the ground.
April 6th 2019
Over the past week I've planted out all of the Dwarf Tassie Blue Gums, Prickly Moses (and they are), Myrtle Wattle and most of the Grevillea and Knife-leaf Wattle, plus two Hakea tephosperma.
The Lightwood Wattle seem to be recovering so the confirmed losses are four Fuschia Gums and the Carex (grass). The latter are not suited to the dry but were part of the random pick surplus natives I ordered. I'd like the remaining Fuschia Gum to have a few more leaves (see below, and one of expired gums next to it).
Am disappointed at the loss of these four trees, but overall the attrition rate was better than anticipated. Bring on the autumn rains.